Theatre in London London with kids 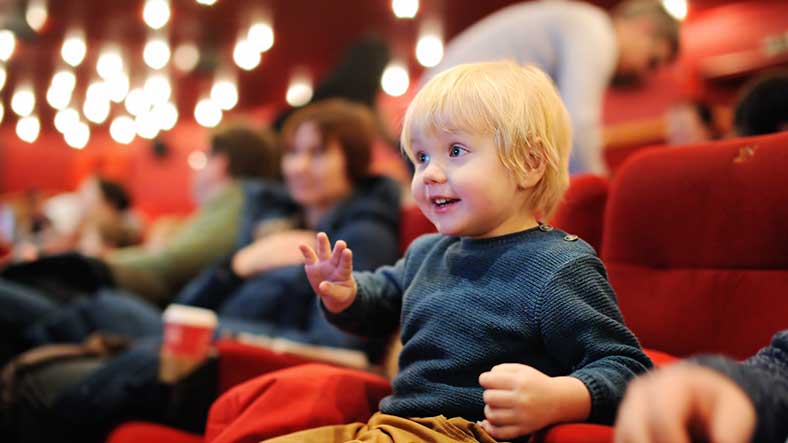 Visiting London with children is undoubtedly a wise decision. London is a city that offers many different options to make the most of a family getaway, and of course, musicals for children are one of them.

An unforgettable experience is taking the family’s youngest members to see one of the best musicals in London for children.

If you are visiting London as a family, you will see in our section on visiting London with kids that, in addition to the long list of London attractions that are perfect to go with kids, there are many options to enjoy London.

Some of the things we usually recommend are to go to one of the best museums in London, as many are ideal for taking the little ones of the family, or go to a themed restaurant for children, stroll through the parks of London or just stroll along the South Bank of the Thames.

But, if you really want your family trip to London to be spectacular, you can not miss the opportunity to see one of the best musicals in London for children.

Contents hide
1 Best Musicals in London for kids
1.1 The Lion King
1.2 Wicked
1.3 Matilda
1.4 Frozen The Musical
2 Other musicals and theatre for children in London
2.1 The Tiger Who Came To Tea
2.2 What The Ladybird Heard
2.3 The Snowman
2.4 Southbank Centre
3 What do I need to know before seeing one of the best musicals in London for children?
3.1 How to choose the Musical
3.2 Schedule
3.3 Recommended age
3.4 Strollers
3.5 Booster seats for children
3.6 Baby changing facilities

Best Musicals in London for kids

The Lion King Musical in London is undoubtedly one of the favourites to go with the family and our first option when people ask us for the best musicals in London for Kids.

Both adults and children know the fabulous story of Disney that tells how Simba, a lion cub, comes to the throne to become the Lion King. A musical without a shortage of famous songs from the movie will excite real Disney fans.

One of the details I have to mention is that the animals pass through the aisles in the stalls as soon as the show starts, so in my opinion, a good option is to choose the seats next to the aisle to see the animals up close. The Lion King is certainly the first of the musicals in London for children that I would recommend.

Information about The Lion King Musical:

The musical Wicked in London is another of the best musicals in London for children, as it tells the untold story of the true friendship of two very different witches, the Wicked Witch of the East and the good witch of Oz. A story full of magic and spectacular costumes and dresses that will make our imagination fly, a fabulous musical to take the little ones but in my opinion is especially recommended to go with girls.

Information about Wicked The Musical:

Matilda is another of the most famous musicals for children in London, a musical in which none of the characters of the famous novel by Roald Dahl is missing, and of course, a theatrical performance full of special effects and choreography that will leave the whole family with their mouths open. One of the things I like most about this musical is that many children participate, making it an undoubtedly inspiring experience for the family’s youngest members.

The beloved animated film that always gives us chills – is now playing in London’s West End. For the first time in forever, the Theatre Royal Drury Lane has reopened its doors, bringing Elsa and Anna’s story to the stage in this heart-melting theatrical production: Frozen The Musical.

With all the incredible special effects you can expect from a Disney production, jaw-dropping scenery, and all the songs you know (and sing!) and love, it will be an unmissable experience that will stay with you long after the curtain falls.

Even the biggest FROZEN fans will be in for surprises, as the production features new music from Kristen Anderson-Lopez and Robert Lopez, the unforgettable Let It Go writers.

Other musicals and theatre for children in London

In addition to the famous London musicals, there are numerous plays and musicals in London throughout the year that are especially aimed at a family audience with children in mind. They are usually plays based on children’s stories or movies, and some of these plays are interactive and more adapted to go with children under 3 years old.

The Tiger Who Came To Tea

The Tiger who came to tea is a theatrical adaptation of a best-selling children’s book by Judith Kerr. The performance is filled with colourful and comical characters and is a fun and lively mix of song, dance and drama.

The doorbell rings just as Sophie and her mom sit down to tea – who could it be? They certainly don’t expect to see a big, striped tiger at the door! Join the tea-eating tiger in this delightful family show; filled with lots of magic, sing-along songs and awkward mayhem! A stunning theatrical adaptation of the classic story of teatime mayhem … expect to be amazed!

TIGER WHO CAME TO TEA MUSICAL

What The Ladybird Heard

Two crafty thieves, a little ladybug and a whole barnyard of fun! Hefty Hugh and Lanky Len have a cunning plan to steal the farmer’s prize cow. But they’re counting on the smallest and quietest creature of all: The ladybug has a plan of her own!

Book early to enjoy this perfect family treat, live on the West End stage! Join the woolly sheep, the hairy pig, the fat red hen and the dainty dog in this brilliant theatrical adaptation of Julia Donaldson and Lydia Monks’ colourful barnyard adventure – with live music, and puppetry, plenty of audience participation and lots of laughs!

MORE INFO WHAT THE LADYBIRD HEARD

This musical is based on Raymond Briggs’ story The Snowman and his film, which are a classic during the Christmas season throughout the UK. It is a story known to all English children in which a snowman comes to life and leads a boy to discover a magical world. This musical takes place during Christmas in London and is one of the most famous for going with the family during these important dates.

The Southbank Centre often have children-friendly performances and other interactive activities, especially during school holidays, so I´d recommend checking out their website: Southbank centre what´s on.

What do I need to know before seeing one of the best musicals in London for children?

How to choose the Musical

Deciding which of the best musicals in London for kids is not always easy because of the many different musicals and plays available.

Many musicals are based on books and movies, such as The Lion King or Matilda, and a good idea is that a few days before travelling, they watch the movie or read the book at home so that they have the story fresh in their minds and come with the illusion of going to see the musical or so that you can give them a big surprise when they arrive at the theatre.

Most of the theatres where the best musicals in London for kids are performed offer two shows, one at 2.30 pm and one at 7.30 pm approximately, although this may vary depending on the theatre and the day. If it is one of the best musicals in London for kids, like The Lion King or Wicked, there will usually be kids at both sessions, so don’t worry if you think you are better off with the 7.30 pm session.

I recommend arriving at least 30 minutes before the show starts.

Many theatres will not admit children under the age of 3, although some plays or musicals aimed at children of all ages will allow access even to babies in arms. For this reason, I always recommend paying attention to the information about each musical.

Virtually no theatre will allow strollers into the bleachers or seating areas. Still, there is usually a checkroom area where it is possible to leave strollers, although some will charge approximately £1 to £3 for stroller storage.

Practically every theatre we have been to in London with the kids have booster seats for the children, but I have to say that they are usually limited. They are normally just as you enter the doors into the seating area, and I would say to grab one as soon as you can as they go very quickly, especially if it´s a very child-friendly performance you´re going to watch.

Most theatres do not have a baby changing table in the restrooms.

Have you seen our list of the best 30 things to do with kids in London?