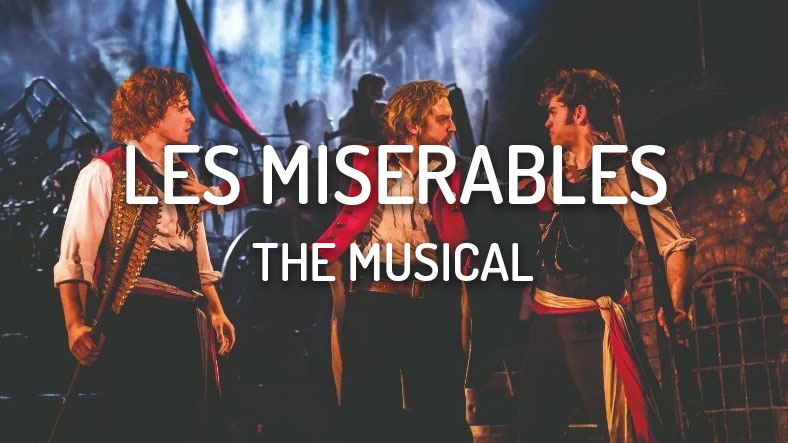 Les Miserables is the longest-running musical of all time in London’s West End and is considered by many one of the best musicals in London.

This brilliant new staging has taken the world by storm and has been hailed “Les Mis for the 21st Century” (Huffington Post), “a reborn dream of a production” (Daily Telegraph) and “perfect theatre in a perfect theatre” (Sunday Telegraph).

The magnificent score of Les Misérables includes the songs; “I Dreamed a Dream”, “On My Own”, “Bring Him Home”, “One Day More”, “Master Of The House” and many more. Seen by over 130 million people worldwide in 53 countries and in 22 languages, Les Misérables is undisputedly one of the world’s most popular musicals.

Storm the barricades for a ticket!

Originally The Queen’s Theatre, the Sondheim Theatre is a popular venue on Shaftesbury Avenue in London’s West End. When the theatre opened on 8th October 1907, it was a twin to the Hicks Theatre, now the Gielgud Theatre. Both the theatres followed W. G. R. Sprague’s design.

In September 1940, a German bomb struck the façade of the Sondheim Theatre. This event led to the auditorium’s Edwardian interior yet modern exterior, unlike its Twin, whose outer appearance has hardly changed. The Queen’s Theatre became the Sondheim Theatre in 2019, reopening on 18th December.

Getting to the Sondheim Theatre

The best option to go to the Sondheim Theatre is using Public Transport.

GREASE: The Musical in London