GREASE: The Musical in London 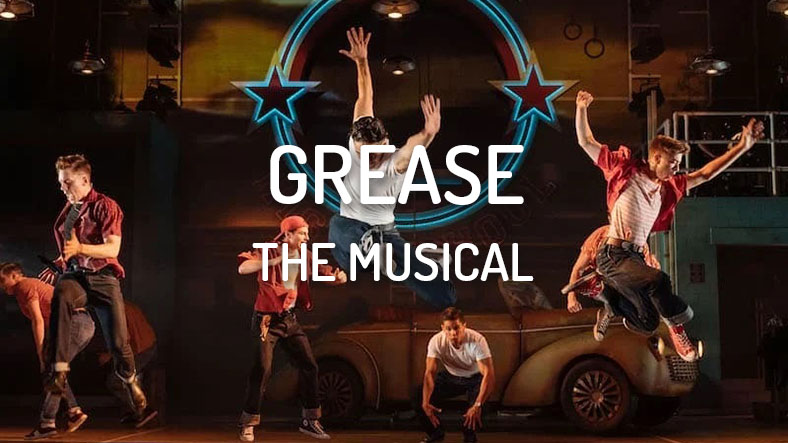 Grittier and more electrifying than ever before, the world’s best-loved musical makes a triumphant return to London’s Dominion Theatre. This is one of the best musicals in London at the moment.

After a whirlwind summer romance, leather-clad greaser Danny and girl-next-door Sandy are unexpectedly reunited when she transfers to Rydell High for senior year. But can they survive the trials and tribulations of teenage life and find true love once more?

Bursting with hits including Summer Nights, Greased Lightnin’, Hopelessly Devoted to You and You’re the One That I Want, this thrilling new production is directed by the Leicester Curve’s Artistic Director Nikolai Foster, and choreographed by the legendary Arlene Phillips.

The Dominion Theatre was built in 1928–29, designed by W and TR Milburn with a steel-framed construction and a concave Portland stone facade. It was built as a theatre for live shows but after faltering business in the early 1930s the building was converted to also allow it to show films.

The theatre was built on the location of the former Horse Shoe Brewery, which was the site of the 1814 London Beer Flood. Despite its huge seating capacity (given as 2,858 in 1940)

Getting to the Dominion Theatre

The best option to go to the Dominion Theatre is using Public Transport.