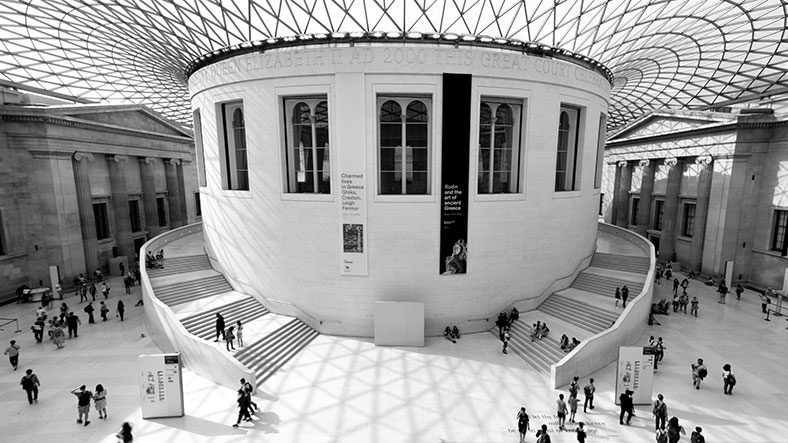 The British Museum in London is possibly one of the most famous museums in existence. It is the oldest in the world. It has the most extensive collection of antiquities in Europe.

Over the last few years, the British Museum has received an average of more than 5 million visitors each year (5.8 million last year), making it the third most visited museum in the world. It is only surpassed by the Louvre in Paris and the Metropolitan Museum in New York.

Visiting the British Museum in London

What to see at the British Museum

The best things to see at the British Museum. That’s the key question, and we will give you some ideas in this article.

The British Museum covers a considerable area, its central building and four wings, designed by the British architect Sir Robert Smirke (1780-1867), cover an area of 92,000 square metres and house around 8 million objects inside, but don’t worry, only 1% of them (around 80,000) are on view to the general public.

Before entering, take a good look at the building itself, as it will tell you a lot about what you will find inside and the great influence of Ancient Greece in every corner of the museum. The reason? The columns you’ll see on the main façade. There are 44 columns exactly 14 metres high, and they are inspired by the temples of Athena Polias in Priene. 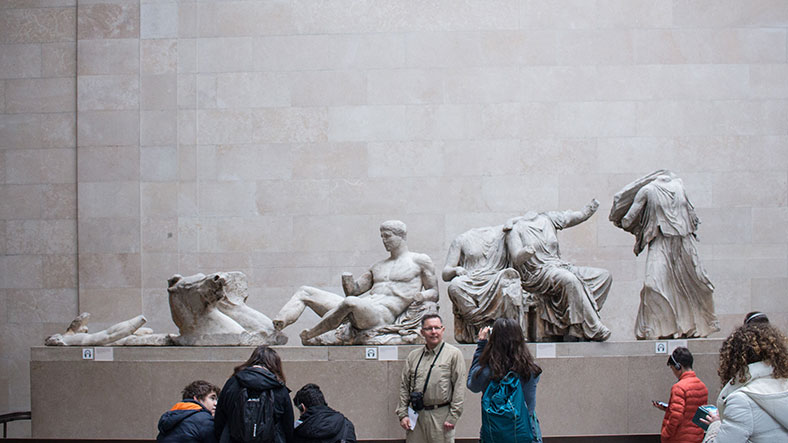 As soon as you enter, if you look up at the roof you can see the main roof, called “The Queen Elizabeth II Great Court”, designed by Norman Foster, built in steel and glass, which transformed the museum by converting the central courtyard into the largest covered square in Europe. The small circular building in the centre of the roof is known as “The Reading Room”.

Lower Floor of the British Museum

This is the lowest floor you can visit in the British Museum, and from here, you can access levels -1 and -2.

It is one of the smallest and quickest floors to visit. It has objects from Africa, Ancient Greece and Rome (Room 77 is dedicated to architecture and Room 78 is dedicated to classical inscriptions). This is where you will find The Sainsbury Galleries, dedicated to Africa (Room 25).

Ground Floor of the British Museum

This is the floor where the main entrance to the museum is located. On arrival, you will see a security checkpoint where they will check all bags, child seats etc.

From here, you can access all levels of the building, and this is where the cafeteria (Court Café), souvenir shop, etc. are located. There is also a cloakroom where you can leave your coat, backpack, etc., in case you don’t want to carry it with you during your visit.

Here is what I consider to be the most important room in the British Museum, room number 4, which is where you can see the Rosetta Stone, which has helped decipher important and complex Egyptian hieroglyphs.

In terms of exhibitions, the main floor of the British Museum, on its different levels, houses rooms dedicated mostly to Ancient Greece and Rome (about 15 rooms) and also to the Middle East and Egypt (5 rooms in total).

Our recommendation, if you are not going to see all the rooms, is not to miss the statue of Easter Island, Hoa Hakananai’a, which is one of the most impressive and one of the ones you will have seen most in art books.

There is also a large collection of sculptures from the Parthenon in Greece. (We will leave the controversy of whether they were stolen or not aside…).

Floors 3, 4 and 5 or “Upper floors” of the British Museum

These are the floors of the British Museum where there are more rooms to visit and where you will probably spend more time if you try to see the whole museum.

On the 3rd floor, almost 20 rooms focus on Ancient Egypt, Europe, Ancient Greece, Rome and the Middle East. I think on this floor are some of the best things to see at the British Museum. One of those things is the Oxus Treasure in room 52. It is a metal treasure that came from Ancient Iran.

The most interesting part of the Ancient Egypt section is in rooms 61, 62 and 63, where they talk about death and what is after death according to Egyptian culture. Here you can see real mummies.

Other important objects on floor 3 include “The Lewis Chessmen” in room 40, which is nothing less than the world’s most famous chess board and pieces.

Audioguides: If you like to go at your own pace or have time to visit the British Museum at your own pace, then we recommend using an audioguide (you can pick them up when you enter the museum reception) as they are available in several languages including English.

Free Guided Tours of the British Museum: These last about 30-45 minutes, are given by museum volunteers and run every 15 minutes from 11.00 am to 3.45 pm daily. – If you are visiting the British Museum from Thursday to Saturday, at 1.15 pm they do a 30-40 minute talk starting at 1.15 pm, a good opportunity to practise your English for free! Hehe.

Other guided tours: Something exciting, especially if you are going to visit the museum with children or if you are one of those who like to touch things… is to go on one of the tours where you can touch some of the works and objects exhibited to the public. They are every day from 11.00 am to 4.00 pm.

Visiting the British Museum with children

The British Museum is an interesting place to visit with children at least 7 or 8 years old (this is my opinion based on what we have seen ourselves).

There are many rooms where you can explain very interesting things about the different civilizations (maybe you can leave the mummy room aside, depending on how sensitive your children are…). In all the rooms, there is information with images, drawings, etc., geared towards children’s learning.

Tip for visiting the British Museum with children: When you arrive, go to the information desk and ask about the family tour and what activities are available that day as they always have something organised for children.

Think that it’s a big space, lots of adults running around… it’s very easy for a small child to get bored, so a stop to draw pictures or decipher Egyptian hieroglyphics… might be a good idea.

Children’s menus are in the museum’s cafe and restaurants if you want to stop for a quick bite. The best café is the one on floor 0, the one that connects to the street.

If you go with a baby and want to breastfeed, you can do it anywhere in the museum, but there is also a specific room with very comfortable armchairs where mothers can breastfeed and rest more peacefully.

Where to eat at the British Museum

There are several cafes and restaurants inside the museum, and the variety of menus is good. Still, to tell you the truth, considering the area you are in, Bloomsbury, it is very easy to find restaurants and pubs to eat in the streets surrounding the museum.

If you want to eat something inside the British Museum, the options are: 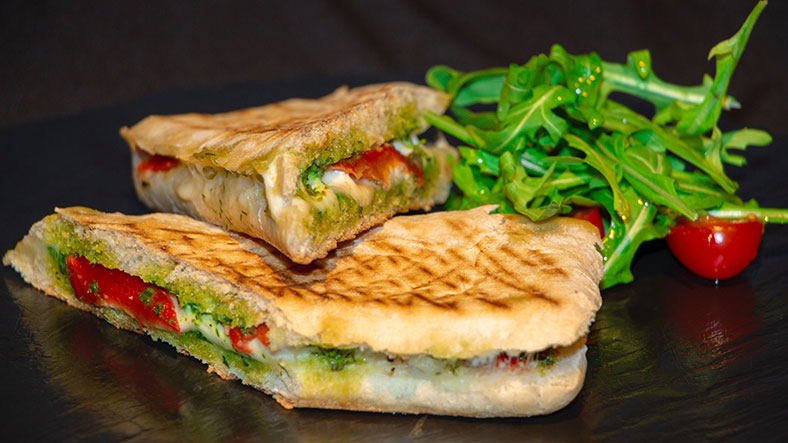 Origins and History of the British Museum

The British Museum opened its doors to the public in January 1759 but was founded a few years earlier, in 1753. Initially, the British Museum was housed in Montague House, a 17th-century mansion in London’s Bloomsbury district on Great Russell Street.

Today the British Museum building stands on the site of the original Montague House, which became the nucleus of the Museum.

One of the reasons the British Museum was created was the desire of a well-known collector, Hans Sloane, to be able to store and display somewhere the thousands of pieces of art he owned so that he could share them with society even after his death.

The museum as we know it today was not built until 1852. A large number of relics, objects and works of art that kept arriving during the early years made it necessary for the main building to grow to such an extent that in 1887, the entire Natural History collection was moved to the building we know today as the Natural History Museum of London, in the Kensington district.