Frozen The Musical in London 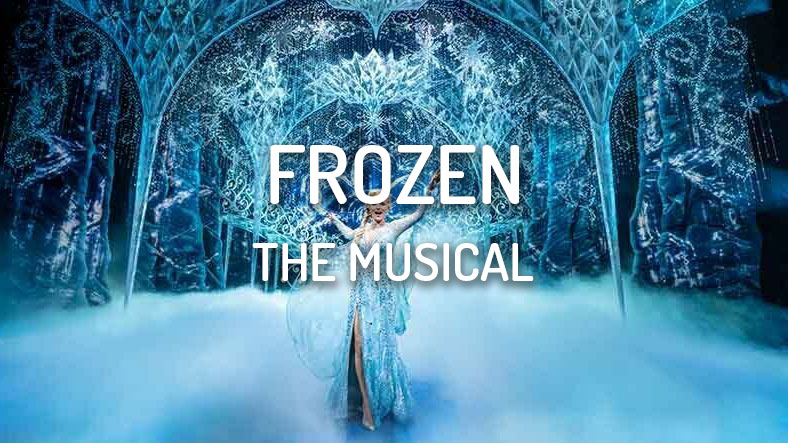 Disney’s FROZEN The Musical – the beloved animated film that always gives us chills – is now playing in London’s West End. For the first time in forever, the Theatre Royal Drury Lane has reopened its doors. Bringing Elsa and Anna’s story to the stage in this heart-melting theatrical production.

With incredible special effects, jaw-dropping scenery, and all the songs you know and love. It’s going to be an unmissable experience that will stay with you long after the curtain falls. This is one of the most recommended musicals for kids in London.

Even the biggest FROZEN fans will be in for some surprises, as the production features brand-new music from Kristen Anderson-Lopez and Robert Lopez, writers of the unforgettable Let It Go.

Age restriction: Children under the age of 4 are not permitted.
Running time: 2hr 30 min (inc interval)

The Theatre Royal Drury Lane is a London West End theatre in Covent Garden, in the City of Westminster. The building faces Catherine Street(earlier named Bridges or Brydges Street) and backs onto Drury Lane.

The building standing today is the most recent of four theatres at the same location dating back to 1663, making it the oldest London theatre.

For most of that time, it was one of a small handful of patent theatres, granted monopoly rights to the production of “legitimate” (meaning spoken plays, rather than opera, dance, concerts, or plays with music) drama in London.

Getting to the Theatre Royal Drury Lane

The best option to go to the Theatre Royal is using Public Transport: