Visit The Horniman Museum in London 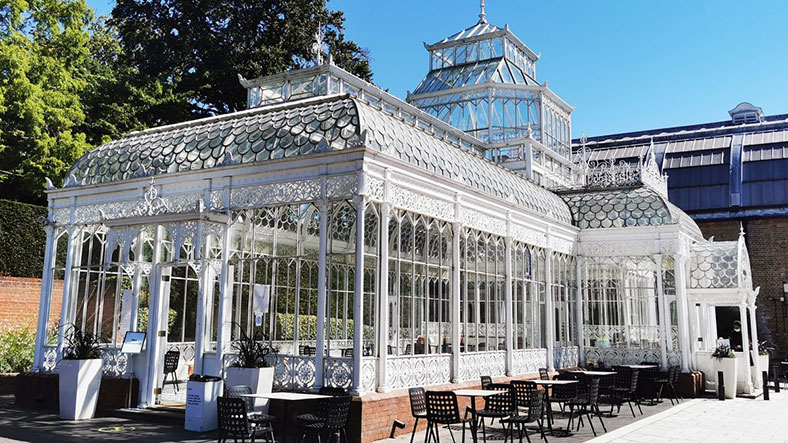 Among the wide range of cultural offerings that London’s museums have to offer, the Horniman Museum deserves special attention. It is one of those unknown museums in London that doesn’t usually appear in the guidebooks, but it is by no means unworthy of a visit. Let’s see why!

Its charm lies in its variety: dedicated to natural history, anthropology and musical instruments, the Horniman Museum houses one of the most complete collections of fossils and archaeological finds in the United Kingdom.

Horniman Museum and Gardens The Horniman Museum in London, is located on a hilltop in the Forest Hill district of London. Surrounded by incredible and well-kept gardens. It includes an aquarium, a Victorian glasshouse, a butterfly house and the actual building, a brick building with an attached clock tower, in which the various collections are displayed. The whole complex is of considerable historical value, dating from the early 20th century.

How to get to the Horniman Museum and Gardens

The Horniman is a five to ten-minute walk from Forest Hill station and is signposted from the platform 1 exit. Please be aware this walk is uphill, although there are several bus services which stop at both the station and Museum.

Forest Hill is on the London Overground line between Highbury and Islington and the West Croydon / Crystal Palace line, which offers a high-frequency service from North, East and South London.

Parking is severely limited in local area, so we recommend using public transport to come to the Horniman. A pay-and-display car park is available locally behind Sainsbury’s, and there are two pay-and-display car parks at Forest Hill station (one at the front, one at the back). Please avoid parking on private roads. For coaches, there is a drop off point outside the Museum near to the Clock Tower.

The Horniman Museum in London, located on a hilltop in the Forest Hill district of London, is surrounded by extensive and well-kept gardens and includes an aquarium, a Victorian glasshouse, a butterfly garden, a bandstand, and the actual brick building itself, with an attached clock tower, in which the various collections are exhibited. The whole complex is of considerable historical value, dating from the early 20th century.

What to see at Horniman Museum

As well as touring the gardens, outside you can also visit a typical English farm which has a small animal enclosure that is sure to delight the children. In my opinion, the Horniman Museum is one of the most beautiful and interesting places in South London. It is very easy and convenient to get here: it is only 15 minutes by train from the centre of the capital.

If you live in London or if you are visiting London for more than a week… we would recommend visiting the Horniman Museum. It’s a space that was born from the love of Frederick Horniman, son of the famous tea merchant, for collecting objects, a thousand and one artefacts and numerous pieces of art that he brought back from his travels around the world and kept in his house. Such was his determination to complete his collection that at one point the house became too small for him, which finally led to the creation of the museum where he exhibited all his findings.

Whether before or after visiting the Horniman Museum, it is worth taking the time to lose yourself in the magnificent gardens that surround it. The Horniman Gardens, with almost six hectares, a Victorian glasshouse and beautiful views of London from the gazebo built in 1912, are the perfect place for a day out with children and family.

The galleries of the Horniman Museum

The variety of things to see is such that this museum attracts thousands of curious visitors every year. You can visit alone, as a couple or with children. Many of the objects, grouped thematically into four main areas, can be touched, tried out and even played with.

The African collection of the Horniman Museum in London is a mix of culture and decorative arts, represented by thousands of objects from the continent and from some countries strongly influenced by African culture, such as Trinidad and Tobago or Brazil. Don’t miss the colourful Igbo Ijele, the largest African mask in the world at almost 6 metres high, or the important Egyptian collection.

This section is a small part of the important anthropological collection that the Horniman houses, made up of more than eighty thousand pieces, the most important in the whole of the United Kingdom.

The aquarium at the Horniman Museum in London recreates fifteen different aquatic environments, ranging from British ponds to the coral reefs of the Fiji Islands. This extraordinary aquarium was designed with children in mind, so the tanks have been placed at their height so that even the youngest children can see inside without any problems. If you like the marine world, you’ll enjoy observing the symbiotic relationship between the clownfish and its anemone host. The pelagic fish are very striking because of their strange shape and movements.

This area of the museum contains over a thousand objects representative of cultures and civilisations from various parts of the world. The exhibits are part of Horniman’s private collection, as well as many additions from other collectors who over the centuries have collected incredible testimonies from around the world.

Collectors and musical instrument enthusiasts will surely be familiar with the Horniman Museum and its immense collection of musical instruments from around the world, comprising over eight thousand objects. The oldest consists of two bones in the shape of hands, designed for clapping, which is over 3,500 years old. The impressive collections of wind instruments and keyboards are particularly noteworthy. Thanks to the interactive area of the exhibition, you can play most of the instruments and learn how they have contributed to the development of local culture.

The natural history gallery, decorated in Art Nouveau style, dates back to 1901. Much of the exhibition consists of embalmed animals, skeletons and fossils. Its impressive natural collection comprises more than 250,000 species of animals and insects from all over the world, treasured since the 19th century. Particularly noteworthy is the collection of fossils, which are very difficult to find nowadays. Almost all the items are more than 100 years old. In the centre of the gallery is the famous stuffed walrus, huge and imposing.

The Horniman Museum London is accessible for people with reduced mobility and pushchairs. The path from the main entrance to the museum door is approximately 150 metres long and is slightly steep. There are benches along the route.

There are wheelchairs are available at the reception, next to the ticket offices. A lift provides access to all areas of the exhibition; there are lockers (operated by a £1 coin which is returned) and cloakroom, accessible toilets and bathrooms, with baby changing facilities and a breastfeeding room. Free wifi is available inside the museum.

Eating at the Horniman Museum & Gardens

They serve a delicious range of hot and cold meals, sandwiches, biscuits, fair-trade teas and coffees, and cold drinks. There are menus for adults and children, vegan and vegetarian options, as well as gluten-free foods.

If you visit the Horniman Café regularly, don’t forget to pick up a loyalTEA card – any hot drink you buy will earn you a stamp. Buy nine hot drinks and get the tenth on the house.

The Café gets very busy between 11.30am and 2.30pm, and especially so during weekends and school holidays. 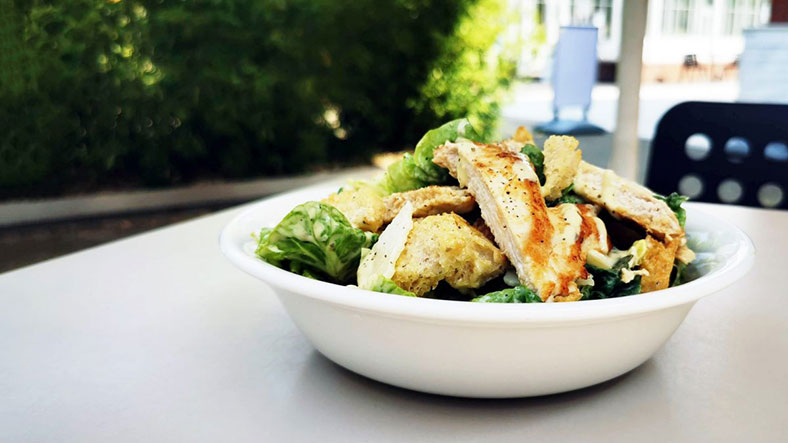 The Café Terrace Kiosk is open weekends only from 11am – 4pm serving crepes.

The Café Kiosk in the Gardens by the Bandstand is open daily between 9am and 4pm. They serve hot and cold drinks, sandwiches, snacks and ice-cream but no hot food.

If you want to bring your own food and drink to the Horniman for a picnic, you can find great spots all over the Gardens. Remember that eating and drinking inside the Museum is not allowed.

Best Museums to visit in London with kids