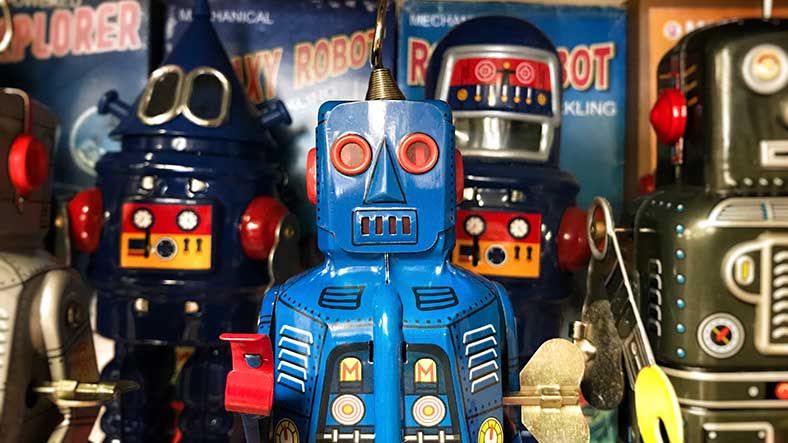 One of the things you can not miss if you are visiting London with children is to visit some of the best toy shops in London.

London has some of the most famous shopping streets in the world, such as Regent Street and Oxford Street. Here we can find thousands of fashion clothing shops and accessories. In addition to these famous shopping areas, shopping in London can be a unique experience if you also choose to shop in one of London’s famous markets.

But, some of the most beautiful toy shops can go unnoticed when walking around London. Some of them are located right in the centre of London, on some of the most important shopping streets of the city, but others very special toy shops are slightly hidden away…

It is not a surprise if we tell you that London is an important city when it comes to toy shops, as you probably already know this is where you will find the largest Lego store in the world or the largest Disney store in Europe. These are our favorite Toy Stores in London after visiting all of them.

Hamleys is the most famous toy shop in London, and one of the places you must visit, especially if you are visiting London with children. It is the largest toy shop with history in the city, and it’s located in Regent Street, one of the most important shopping streets in central London, one of the best places to go shopping in London.

This fantastic toy shop in London has 7 floors of pure fun, where imagination is mixed with live toy demonstrations, and where the youngest members of the family will undoubtedly have a ball.

This toy shop, located in Covent Garden, although it is much smaller than Hamleys, is one of the toy stores in London that I like the most, because when you go inside, it makes you go back a little bit to the past.

And it is that these are two very different stores, as Benjamin Pollock’s Toy Shop specializes in selling toys from the Victorian era, and the traditional toy paper theaters that can be found in this store are famous in England, as it is possible to find both original pieces and perfect reproductions. Also here we find a large selection of traditional toys, many of them related to the theater, without missing the puppets or marionettes. 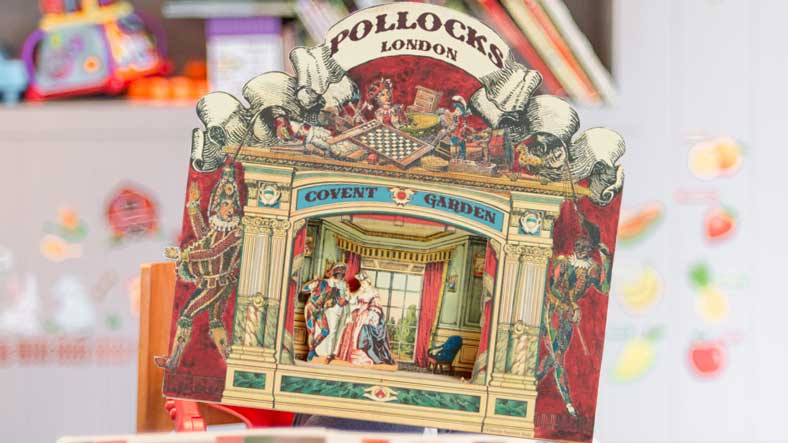 The Disney Toy Store located in Oxford Street, one of the most important shopping streets in London, is the largest Disney toy store in Europe. For this reason, we believe it is one of the toy shops in London that you should not miss if you are visiting London with children, or if you want to go in search of a special gift!

In Leicester Square, we find another of the most famous and most visited toy shops in London, the largest Lego store in the world. Entering this store gives you the feeling of having entered a museum, as you will find yourself admiring the giant sculptures that are scattered around the store made exclusively with millions of Lego pieces. Among them are some famous icons of London, such as Big Ben or a life-size underground carriage in which you can sit. 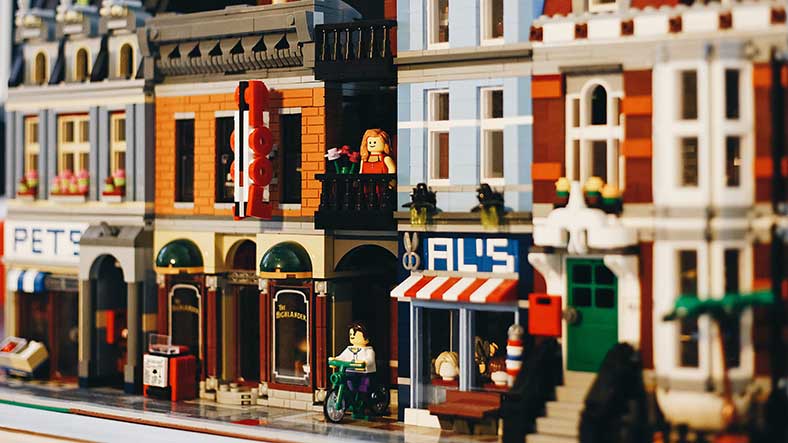 Paddington Bear is the quintessential London bear, and although he is very well-known in the UK and you can find Paddington Bear merchandising in every souvenir shop in London, it is not until fairly recently that he has become known worldwide, thanks to recent films.

And of course, you could not miss a store dedicated exclusively to Paddington Bear in London, and obviously this store is located in nothing more and nothing less than the Paddington train station in London. Here you will find everything you can imagine about Paddington Bear, from teddy bears to stationery. In addition to the store at Paddington Station there are also a couple of Paddington Bear statues that you won’t be able to resist taking a picture of!

We obviously had to include Harrod’s toy section from our list of best toy stores in London, simply because the toy section here is awesome. It is located on the third floor of the huge department store. Here you will find a large section on souvenir toys of London, as well as lots of children’s books and traditional wooden toys. Giant stuffed animals and the famous Harrods teddy bear are not be missed!

Puppet Planet is a shop dedicated exclusively to the sale of puppets of all kinds. Here you will find vintage puppets as well as more modern puppets, and obviously, you can not miss the famous characters of Punch and Judy.

In the Sylvanian Families shop you will find more than 400 items from these families of toy animals, ideal for both children and collectors. You can find from the most famous items to the less seen, and occasionally real collector’s items.

This toy store in London is dedicated to the sale of traditional toys, but we can also find a large selection of modern toys. It is one of the toy stores in London most preferred by locals and is one that you can visit although it is a bit far from the city center.

Location: 84 Fortis Green Rd, Muswell Hill, London N10 3HN
Nearest subway stop: Highgate (although from Highgate tube station it is quite a long walk, so from here it is also advisable to go by public bus).

10. Toy section of the Science Museum

Although museum stores are not usually mentioned in the articles about the best toy shops, I think in this case it is worth mentioning the Science Museum in London. The museum has definitely been designed with children in mind, with many interactive educational exhibits.

Their toy section includes many science-related toys, that will challenge their creativity, develop children’s imagination, and many creative and educational toys.

Other toy stores in London

Other toy stores in London that deserve a mention are:

30 things to do in London with kids