The Lion King Musical in London 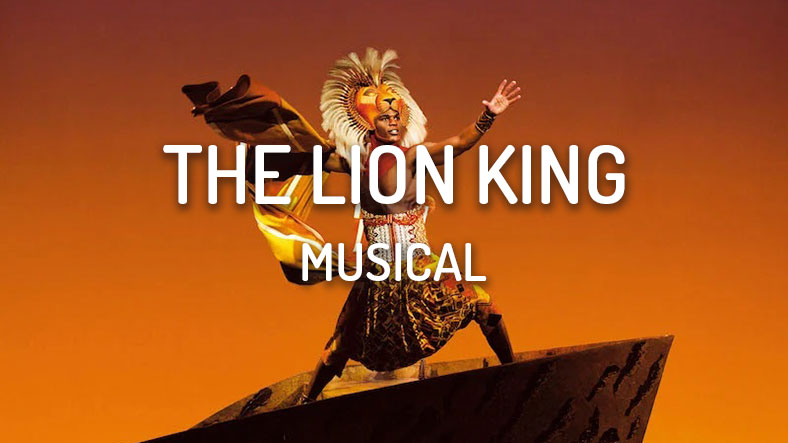 The Lion King Musical is probably the musical that we have recommended to more people over the last few years. We have watched it 3 times! With different friends and family and all of them loved it!

Disney’s award-winning musical has been stunning West End audiences for 22 years, and we consider it one of the best musicals in London.

Set against the majesty of the Serengeti Plains and to the evocative rhythms of Africa, Disney’s multi-award-winning musical The Lion King at the Lyceum Theatre will redefine your expectations of theatre.

Based on the Disney animated film, The Lion King premiered on Broadway in 1997, and The Lion King London opened in October 1999, playing to packed houses ever since!

The Lion King Musical transports audiences to a dazzling world that explodes with glorious colours, stunning effects and enchanting music. Simba’s powerful and moving story is at its heart – the epic adventure of his journey from wide-eyed cub to his destined role as King of the Pridelands.

With music by Elton John, lyrics by Tim Rice, a musical score created by Hans Zimmer and choral arrangements by Lebo M, Disney’s The Lion King London songs include I Just Can’t-Wait to Be King, The Circle of Life, Endless Night and Shadow Land.

Disney’s The Lion King is our best-selling show and has delighted audiences of all ages for 22 years at London’s Lyceum Theatre.

The Lion King is recommended for ages six and up. All persons aged 16 or under must be accompanied by an adult and may not sit independently within the auditorium. All persons entering the theatre must have a ticket regardless of age. Children under three years of age are not permitted to enter the Lyceum Theatre. Disney’s The Lion King at the Lyceum Theatre contains smoke and fog effects and strobe lighting.

Special Notice from the Theatre

Please arrive 60-90 minutes before the event starts to aid with the safe movement of customers around our venue.

The Lyceum Theatre is a 2,000-seat West End theatre located in the City of Westminster, on Wellington Street, just off the Strand. There has been a theatre with this name in the locality since 1765, and the present site opened on 14 July 1834 to a design by Samuel Beazley. The building was unique in that it had a balcony overhanging the circle. It was built by the partnership of Peto & Grissell.

Getting to the Lyceum Theatre

The best option to go to the Lyceum Theatre is using Public Transport.